Futsal is the only form of indoor soccer endorsed by FIFA (Fédération Internationale de Football Association). It earned the status of FIFA’s official form of indoor soccer in the 1980s as it was recognized as a scaled down version of outdoor soccer played indoors. It is a 5 v 5 small-sided game played on a hard surfaced, basketball sized court with a smaller, heavier low bounce ball. Futsal is played with touchline boundaries and without walls. It is a game that most recognized outdoor soccer players around the globe play to refine and maintain their control skills and touch. Great soccer superstars such as Pele, Zico, Ronaldo, Messi, Kaka and Katia grew up playing the game and credit futsal with developing their skills.

Develop top class players and people through the unique sport of Futsal. We will provide a comfortable platform, for players to learn, develop and advance.

Our unique philosophy, with its overall holistic approach, centers on the encouragement of individual creativity and player intelligence. Futsal is a very unique game, and often takes players out of their comfort zones in order to reach their next level. We will ensure players thrive under these circumstances and develop.

Learn with an outstanding group of professional coaches who hold the highest Futsal licenses. We have the best team of coaches to ensure better player development.

SCULPTING THE NEXT GENERATION

Play under our comprehensive competition system throughout the year, including the prestigious Development Academy

COMPETITION FOR ALL LEVELS

Represent and compete for Futsala powered by ISL on a global scale. Cultural education on and off the field.

THE TEAM TO MAKE IT HAPPEN 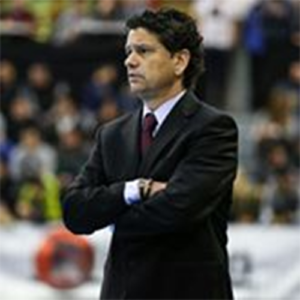 Futsala powered by ISL is delighted to be working directly with one of the biggest names in European Futsal. Santi Gea is the current Catalan National team head coach.  He holds over 20 years of experience at the highest level of the game, and his accolades include coaching FC Barcelona Futsal.

Santi will set the countrywide methodology, ensuring all of the Futsala players, are learning the game the right way. Santi’s European background, and his knowledge of Futsal will really bring a new wave of Futsal training to America, and we look forward to our players developing the right way on and off the field, with his unique methodology. 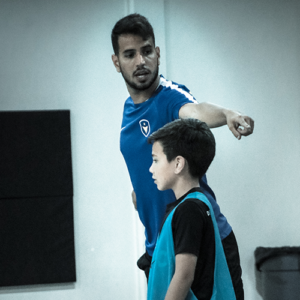 Caio’s playing career was cut short due to a serious injury. It was at that point he wanted to put his love and knowledge of the game into the development of youth Futsal.

Caio’s background is in a range of qualities, including Tactical Training Systems, injury prevention, the NSCAA Coaching Diploma in Association with US Futsal, Sports Management undergrad diploma from Queens University of Charlotte, and Football Business Masters from University of Football associated with the CBF to guarantee high quality training and correct management for players.

Caio started early in Futsal at the age of 10 participating on state selection teams in Brazil and got the privilege of being coached by the current U20 Brazilian National Team, Carlos Amadeu.

Caio has also played for the U20’s at Clube Atletico Mineiro. In the US, he played NCAA Soccer representing the Royals as the team captain for Queens Men’s Soccer, and contributed to the foundation of Futsala in 2016. 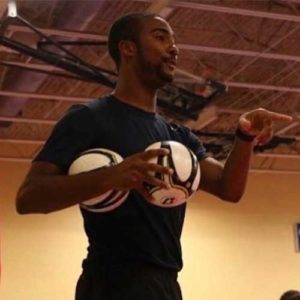 Pedro started playing futsal at 8 years old, for a Brazilian futsal club called Athletic Association Bank of Brazil. He then moved up to play for Flamenco FC, and then ultimately on to the legend Zico’s team called CFZ. After making the move to soccer, Pedro played professionally, and by the age of 20 signed with Madureira. Not long into his professional playing career Pedro believed it was best he also furthered his education, and gained a scholarship to play in America, at Queens University. He graduated with a degree in Psychology and many honors such as being nominated for SAC athlete of the year which is an amazing accomplishment. He now wants to use his expertise to influence the lives of young aspiring futsal players.

Originally from Brazil, Eduardo “Dudu” has played for Goias E.C. from U-13’s until U-17’s. He also spent a brief part of his youth career in Italy in the Roma academy. Dudu graduated from Queens University of Charlotte in May 2018, majoring in Sport Management and minoring in Marketing. We are very fortunate to have him as an assistant project manager in Austin, Tx.